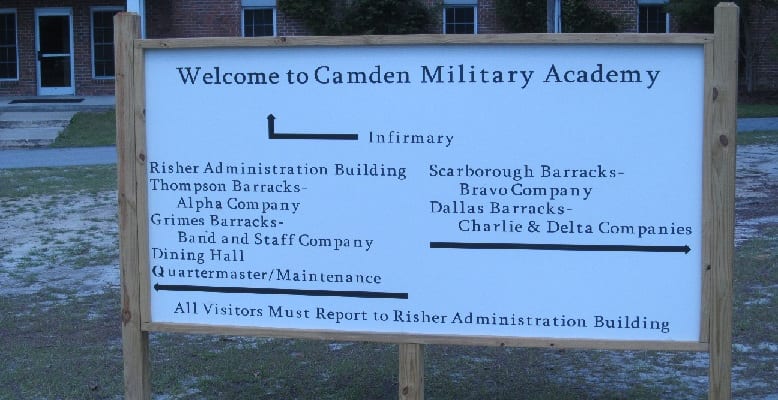 GCP and Camden Military Academy connected in 2003 when GCP Sales Manager Art Dumont contacted CGP asking for their help. The school needed signage for the campus but could not afford it. It was a 100 year old school with no signage, and no way of knowing where things were located. “In the past, there was no signage before CGP starting helping 12 years ago. The new signage is one of manycontributions CGP has made,” explained Dumont. “Today, it’s what you expect on any campus; signage is all in place.”

Art is a graduate of Carisle Military School’s class of 1959. Carisle bought Camden Academy, located in Camden, SC in the late 1970s. The schools were combined and became Carlisle/Camden. Eventually they both combined at Camden, SC into “Camden Military Academy”.

Art Dumont has been on the Board of Trustees at Camden Military Academy for 20 years. He is involved with improvement of campus and programming. “Signage for the campus was added 12 years ago with CGP. Until then we had none,” stated Dumont. “We recently expanded the campus and needed a freshening up. Beginning from the highway, it is now easier to find Camden with our new entry sign. On campus, we look very professional.” 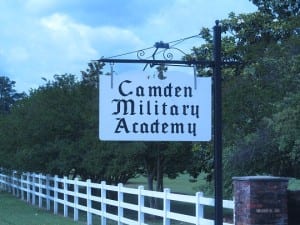 “All in all, there 32 signs on the campus of Camden Military Academy. You can drive on campus and know where you are now. Before CGP, there was no signage. Comparing then and now, there’s no need for directing traffic and flow, whether for a family or emergency services. All directional signage was produced to standard industry specifications. Response time is better, confusion is eliminated. Parents can find their kids. Emergency services can quickly get to their destination.”

“Until CGP there were no paved sidewalks. Students walked around in the dirt and mud,” Dumont continued. “Today the school looks modern and the grounds look like a small college campus, due primarily to the support from CGP. Thru the years they have paid to improve sidewalks and windows for several buildings, and underwritten financial support for over 2 dozen kids at Camden. Their involvement thru the years has been substantial.”

“Camden Military Academy is a school for young men to gain a stronger focus on the educational process. They learn to stay focused with more structure so they can learn better. It’s great college prep,” stated Dumont. “We have capacity for 300 young men – typically about 275 attend. Last year’s graduating class was from China, Columbia, South America, Panama, etc.” Graduates were from 5 countries and 25 states in all. “Most of the time students’ gain focus on how to learn and then are evaluated on what they’ve learned. Every attempt is made to prepare them for college and 75% of graduates do go on to college,” said Dumont.

Sign design and manufacturing process was managed by Auto Cad Engineer Tommy Smith. “Signage is not our business, but the same technology applies to the unlimited intricate grid window and door designs CGP is known for,” stated Smith. CGP has in-house computer capability to produce script letters or any design shape. Tommy designed signage specific to multiple applications and locations.

Automated CNC routing reveals the color core letters, black in the case of the Camden signage.

Then the signage was shipped to Camden for installation by a sub-contractor, which went very smoothly. All the signage was completed prior to the 2015 graduation. It was a timely completion for the parents and the students. It was noted that “everyone likes the new signage.”

The signage has both a decorative and instructive effect. Camden is a low-country architectural style, so the look carried through the ball field, infirmary, maintenance sheds, administration, classrooms, barracks and each building.

Speaking for the Board of Trustees, Art stated, “The board appreciates the willingness of CGP to step up and help Camden Military Academy. Signage is one component of many things they have done for the school. We sincerely appreciate their help.”

Camden support keys off of CGP founder emeritus Vic Reeder, who supported a program for young men in Green Bay, Wisconsin. This is not the first time the Reeder family has supported the growth of young boys in a positive environment. Camden is carrying forward Vic’s vision for helping young boys – starting back in the 1960s to current times. It’s a family focus for helping young men. 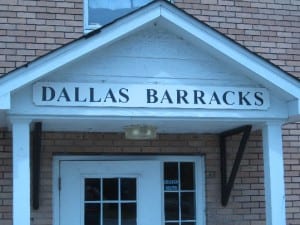 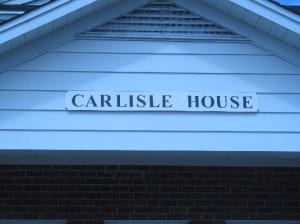